To those who have gone through the feeling of sudden rise of anxiety and what happens when you are scared then they for sure would know about the panic attacks. So what exactly a person feels during one of these attacks? Usually the initial signs would make a person feel like their heart beat is increasing at a tremendous rate which is usually accompanied by the shortness of breath. A person might also feel like they might be dying or that they are losing sanity. If these attacks are not taken seriously or they are not given the proper treatment they require this might turn out to be a lot more worse as untreated panic attacks can turn into disorders with the exception of occurring more frequently. During a panic attack the person experiencing it might not be able to concentrate on the task in hand and if it turns into a disorder then it will result in a partial inhibition of the daily activities. Considering this a panic attack if left untreated might make a person's life miserable and the sooner a person seeks medical attention the better it is. With timely remedy these attacks can be controlled and can also be eliminated on all the levels.

So by now you'll be wondering about what exactly a panic attack is? A panic attack is a potential wave of fear which is quick in its nature. The very unpredictability of the attacks renders a person weak and might also cause that person to lose their sanity for a short span of time. Shortness of breath is a commonly observed symptom in one of these attacks. 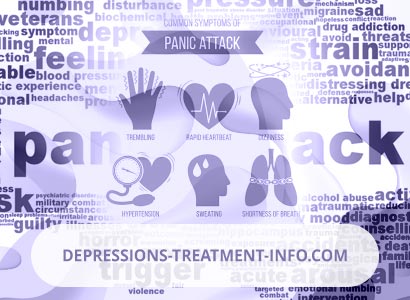 As we mentioned earlier that these attacks are unpredictable therefore they happen without any prior signs. Also panic attacks usually occur during extreme exertions but don't think they won't occur when your body is fully relaxed. They are known to occur in sleep as well. Panic attacks can occur in people who had certain past traumatic experiences. Usually they don't happen a lot but if that person is exposed to an environment where that person previously experienced the episode it might trigger the attack again. Consider this a person is afraid of speaking in a gathering and they're forced to do that. Due to the increase in stress levels that person is more likely to experience an episode of panic attack. Now this person might turn out to be fine after that episode but if the circumstances are recreated and the person is forced to talk to people in a social event this might as well trigger it and panic attacks can occur again. Similarly if a person is afraid of heights or have any traumatic experiences related to heights if exposed to height might cause them to experience the episode of panic attacks. Science considers panic attacks as a kind of reflex action that are excessive in their own nature. They usually happen when a person is scared of something and they see no way out so the fight or fly response cause them to panic resulting in the attack.

As mentioned before a person can experience more than one panic attacks but this will effect them timely and they will appear as healthy persons. These episodes are also thought to be linked with depression and can also happen during social events especially when a person is introvert and keep low circles. The positive side is that panic attacks also have treatment and if treated timely can actually help a person to gain their confidence back.

Signs and symptoms of Panic attacks:

Usually these attacks occur unexpectedly without any prior signs. Known for its abruptness these attacks can get to their peak signs within 10 minutes and usually lasts about 20 minutes but in exceptional cases some people are known to experience them for a hour. What makes it more dangerous is that it can happen anywhere and you can be driving while it occurs. The symptoms panic attacks are as follows:

There are lesser number of people who develop a disorder of panic attacks and usually these panic attacks occurs for only 2-3 times. Now a panic disorder can be explained as a disorder in which people go on to experience more panic attacks to a point where they become so frequent that they can happen twice or thrice a week.

How can you tell if you're suffering from a panic disorder:

A panic attack usually lasts minutes but the effects it renders on ones health are destructive as they make a person constantly paranoid and worried about not having another one. This can also decrease a person's self confidence to a point where they might not even attend or face any social gatherings at all. Mainly a panic disorder can be classified into two major symptoms:

In this type a person anticipates having another anxiety attack which can render a person go into depression and will force them to abandon their social circles and will definitely effect their work life.

In this situation a person tend to ignore the places they previously encountered panic attack in and will continue to think that the place might trigger another episode of anxiety attacks. If this condition prolongs a person suffering from this disorder might as well develop agoraphobia. 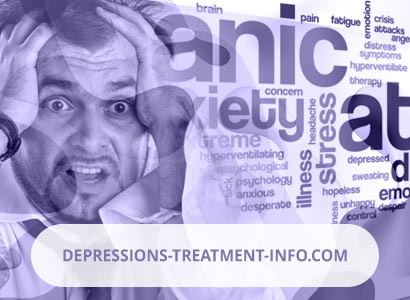 Agoraphobia was first believed to be the fear of place and it was later concluded that it was somehow related to depression. Further speculations lead to the fact that it is also connected to panic disorders which might trigger the fear of a certain place. It is known that agoraphobia develops when the panic attacks become more frequent and the condition mostly develops in a year.

If in any case you detect that you might have agoraphobia and you face extreme levels of fear by going to certain places it can be said that in future you might just experience an anxiety attack.

The exact cause for the disorder and the attacks are still unknown but it is said that it might be genetic. Panic attacks are also caused during some of the life's events where a person is either traumatized or is extremely embarrassed like an accident at a certain place might trigger the fear of that person and will continue to trigger them as long as they visit that place. Severe depression can also lead to anxiety and panic attacks and that is caused due to various causes like working stress, bullying , divorce, job loss or the death of a certain loved one that one cared for deeply. Panic attacks also can be caused due to some medical conditions. These conditions are as follows: